The majestic capital of Austria – Vienna

Vienna, city of my dreams (Wien, du Stadt meiner Träume) – this is not only a favorable opinion of the majority of the people of Vienna, but also a song by composer of polish descent Rudolf Sieczyński, which became the unofficial anthem of the Austrian capital. The Viennese are proud of their city which, like Princess Sisi, is beautiful and dignified.

The city has been voted most liveable city in the world for the eight time by the international consulting firm Mercer. What makes Vienna the number one?

The first thing that comes to your mind when you arrive in Vienna is ubiquitous majesty. Massive fronts of townhouses adorned with beautiful decorations overwhelm and fascinate the same time. First impression of Vienna can be a little cold, but this will definitely change after first visit to one of the many Viennese cafes.

The coffee culture in Vienna is immensely important. The real Viennese spends the morning enjoying the breakfast and the taste of Melange coffee in one of the imperialist-style cafes like Cafe Sperl serving viennese coffee since 1880 and Cafe Mozart, one step away from the Vienna Opera. In the morning time goes very slowly and people of Vienna take their time. 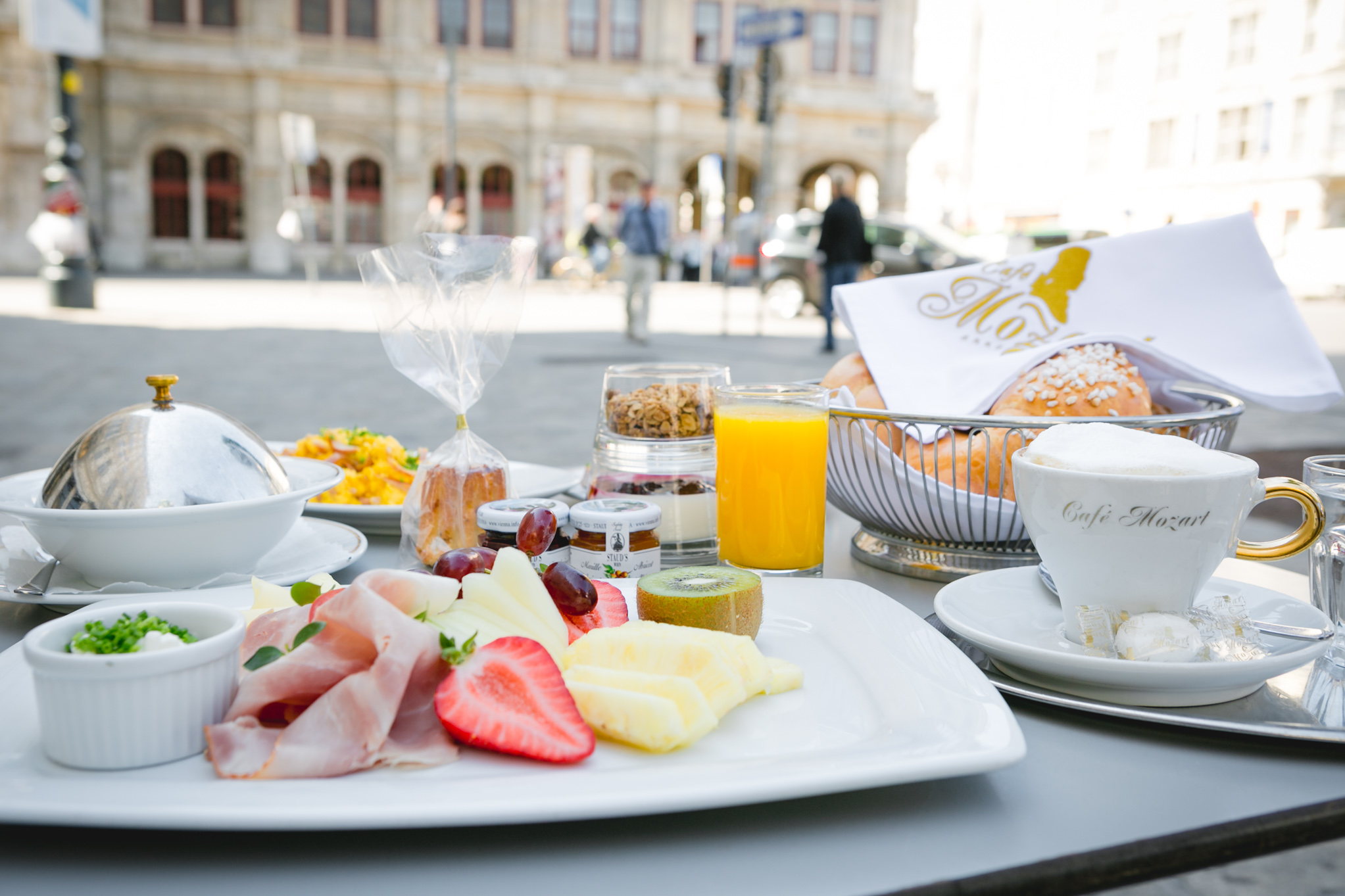 Looking for the classic Viennese morning, is good idea to head for Donau Kanal and Motto am Fluss. The Wiener Frühstück, Viennese breakfast, depending on the restaurant consists of coffee, tea or chocolate, eggs, fresh breads, marmalades and honey. The motto am Fluss, shaped like a boat, is located in one of the most fascinating parts of Vienna, where the first district Innere stadt meets the second district Leopoldstadt, and the locals spend their time strolling around the canal and enjoying the flavors and drinks in the pubs and bars. It is also a popular jogging and cycling spot.

Strolling along the Danube canal we can see the Salztorbrücke, the bridge where the evening life of Vienna is taking place – Adria and Tel Aviv are places where you can enjoy small snacks and relax on the banks of the canal. 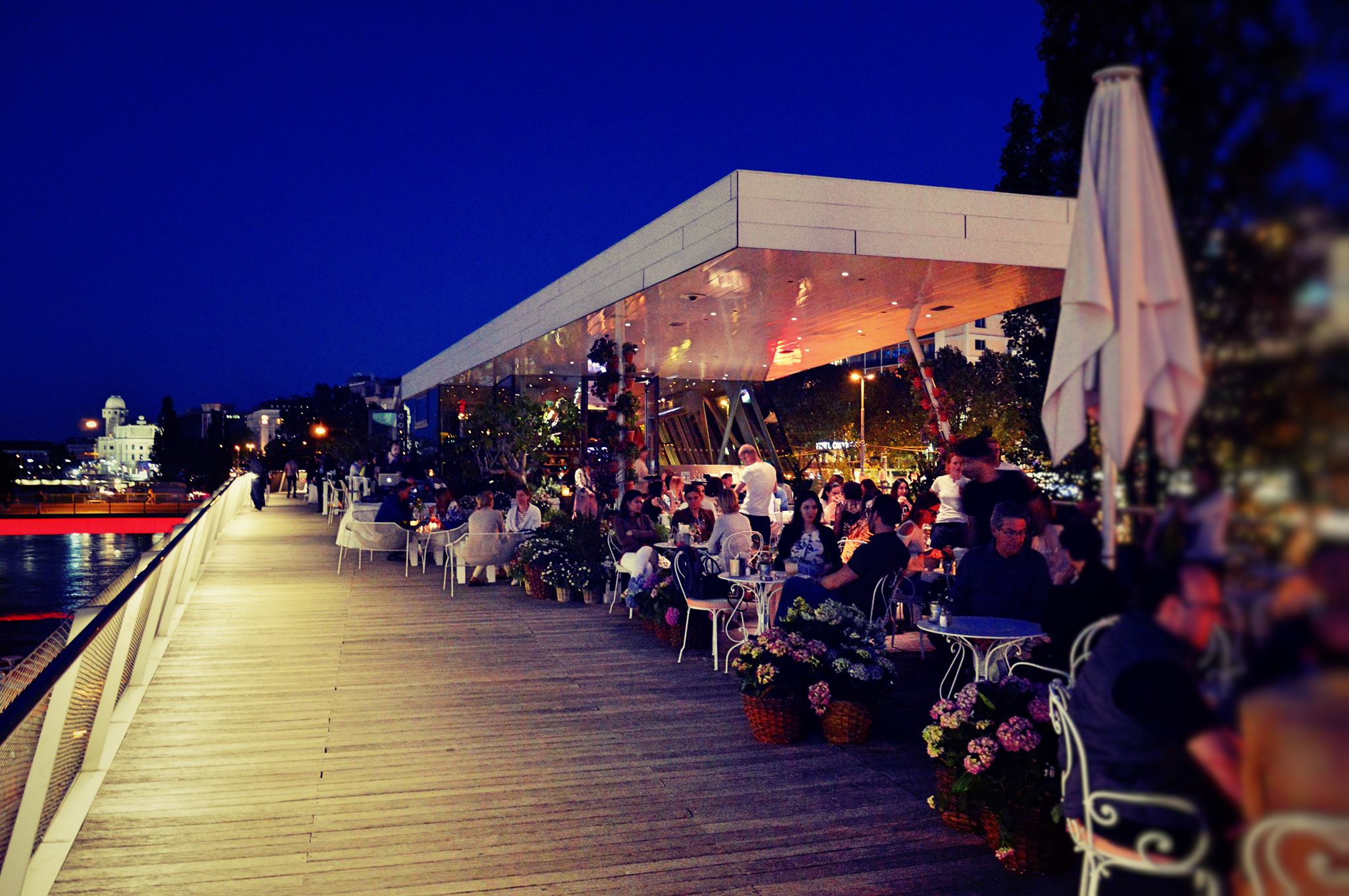 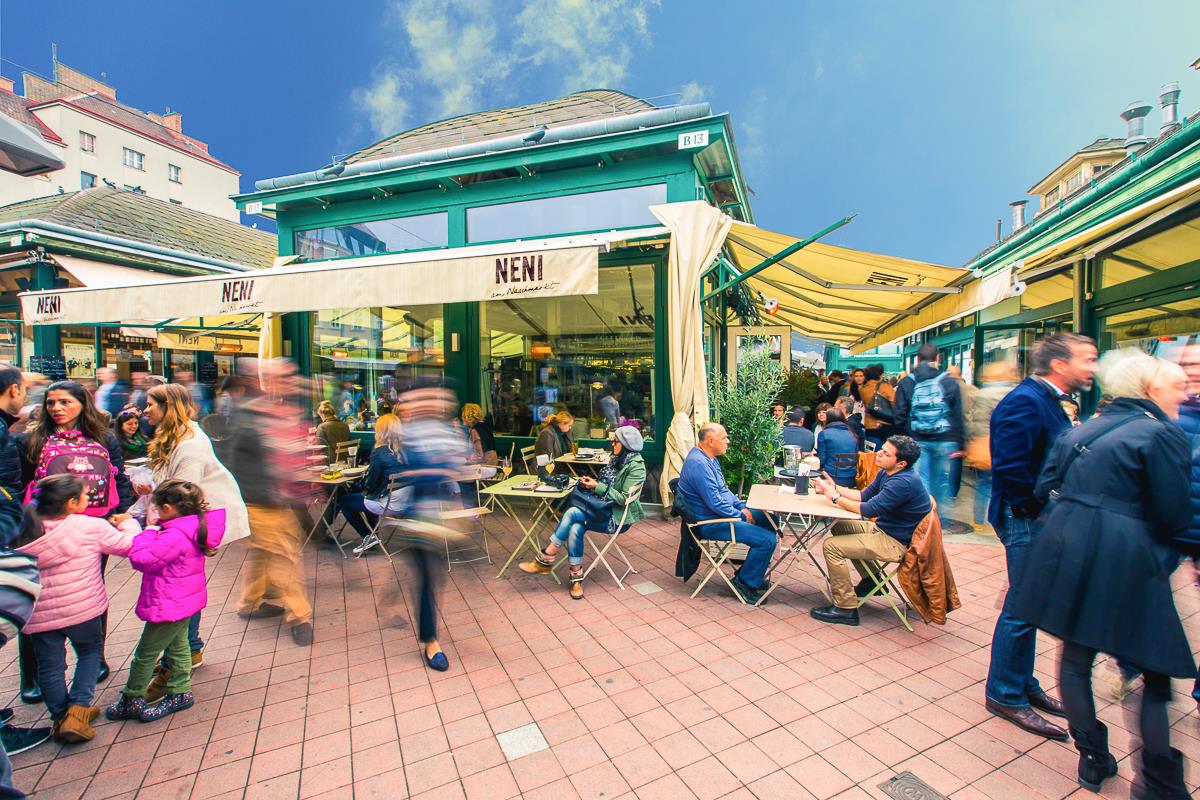 In Vienna all roads lead to the Naschmarkt, and Neni is one of the flagship restaurants in the market. The city’s most popular market is filled with fresh vegetables and fruits and small restaurants where, apart from the typical Viennese cuisine, we can try sushi or Jewish delicacies. The market is very popular with both locals and tourists alike.

Neni, whose motto is “Life is beautiful”, encourages the taste of oriental cuisine in a family atmosphere. The phenomenon of this place may be due to the fact that entering the NENI world we feel not like in one of the markets in Vienna, we move into the world of hot Tel Aviv, while savoring delicacies such as shakshuka or hummus, we can feel true Middle Eastern flavors. 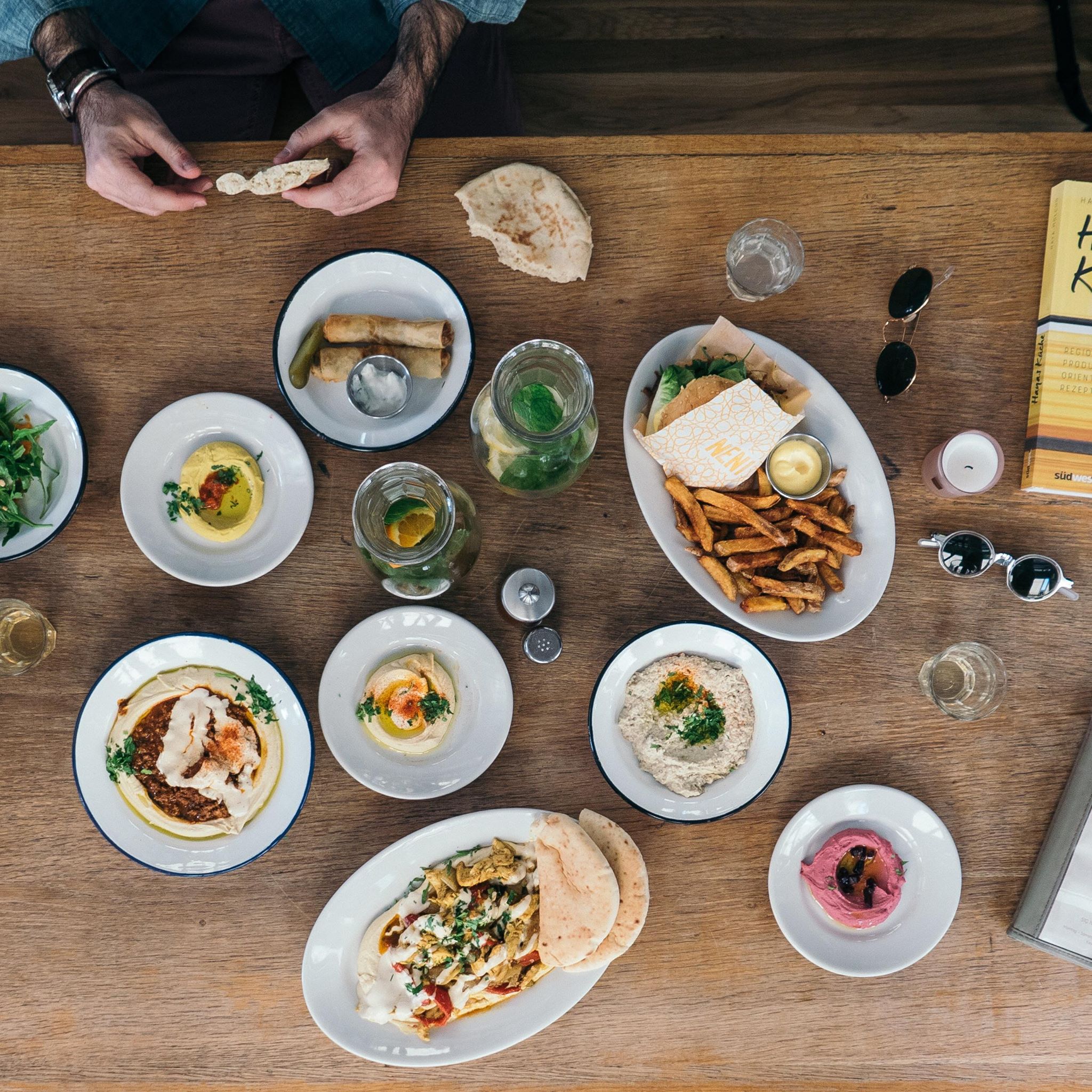 What would be a visit to Vienna without tasting the classic schnitzel? The Figlmüller Wollzeile is just a few steps away from St Stephen’s Cathedral, and since 1905 serving Viennese classics like schnitzel with potato salad. 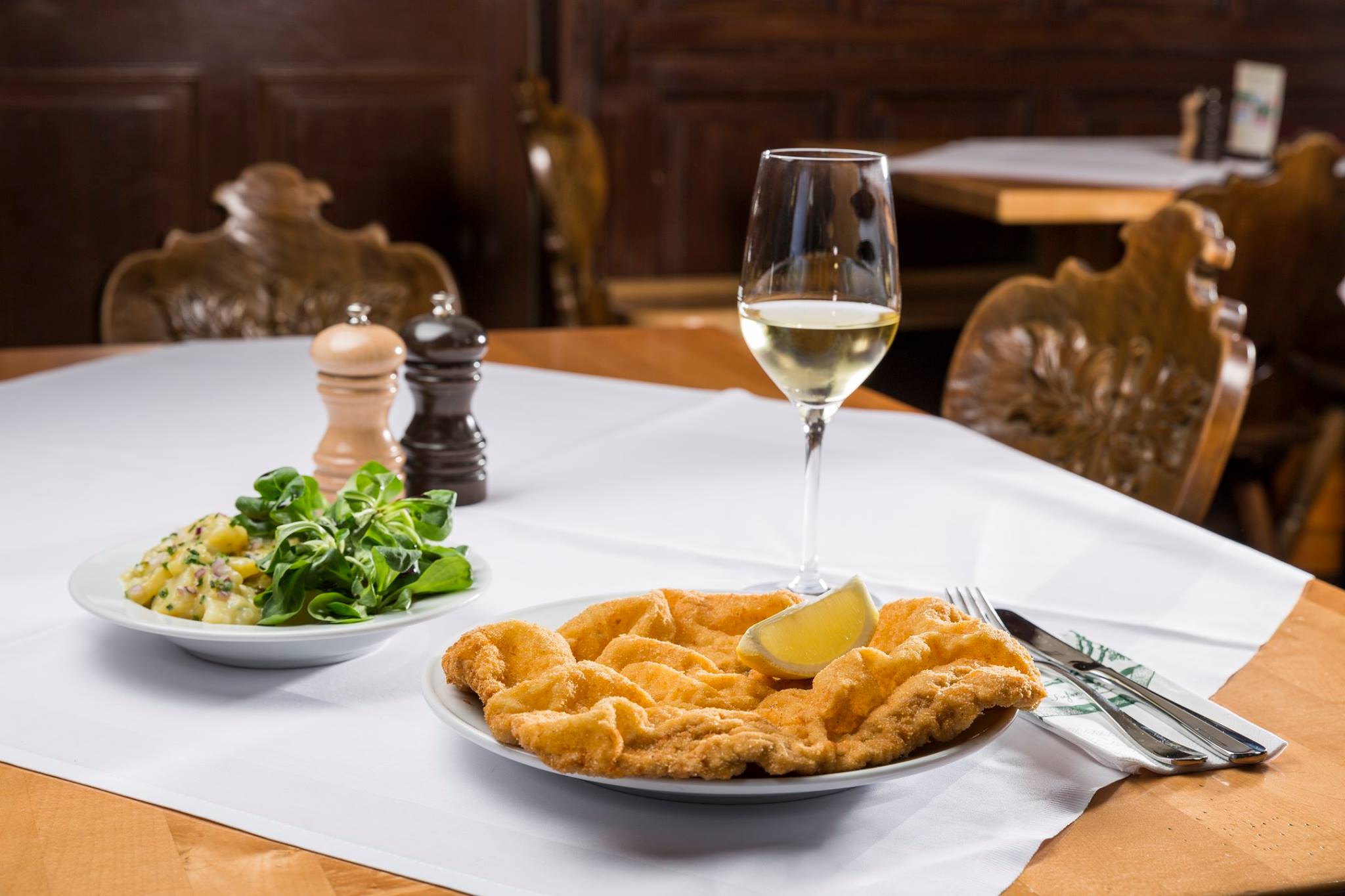 After such a meal it is worth to burn calories, and best way to do it in Vienna is shopping! Although the city celebrates Sundays and holidays and stores remain closed, it encourages shopping during the week. From chain stores to tiny boutiques and designer salons – Graben and the luxurious Kohlmarkt street in the first district will satisfy the needs of every shopaholic. Mariahilfer Straße is yet another of Vienna’s famous shopping street, located in the sixth district where you can also relax in one of the many restaurants or cafes. 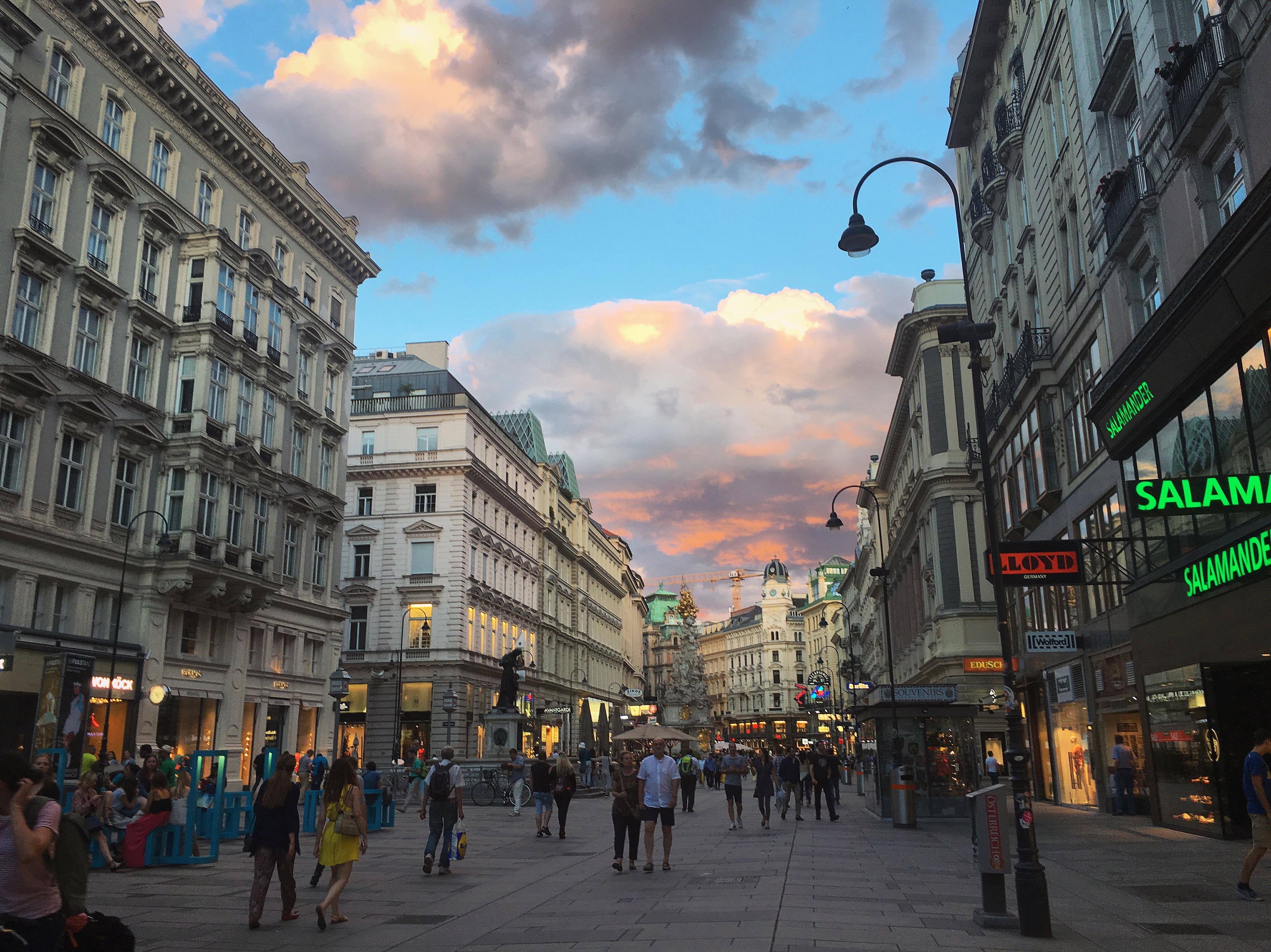 Mariahilf, the sixth district of Vienna, as well as the neighboring seventh district of Neubau are some of the most popular places for lunch or meeting with friends. The seventh district of Vienna is compared to the trendy Berlin district of Friedrichshain. This district has attracted artists and designers from many years and they feel good here also today. We can walk for hours between boutiques, cafes and galleries, and when we get bored with small streets we can go to the nearby MuseumsQuartier – one of the world’s largest complexes of modern art and culture. This area offers a wide range of not only cultural, fashion and music events, museums such as the Leopold Museum or the Museum of Contemporary Art but also lively restaurants, cafes and bars make this place one of the most important on the social map of Vienna. 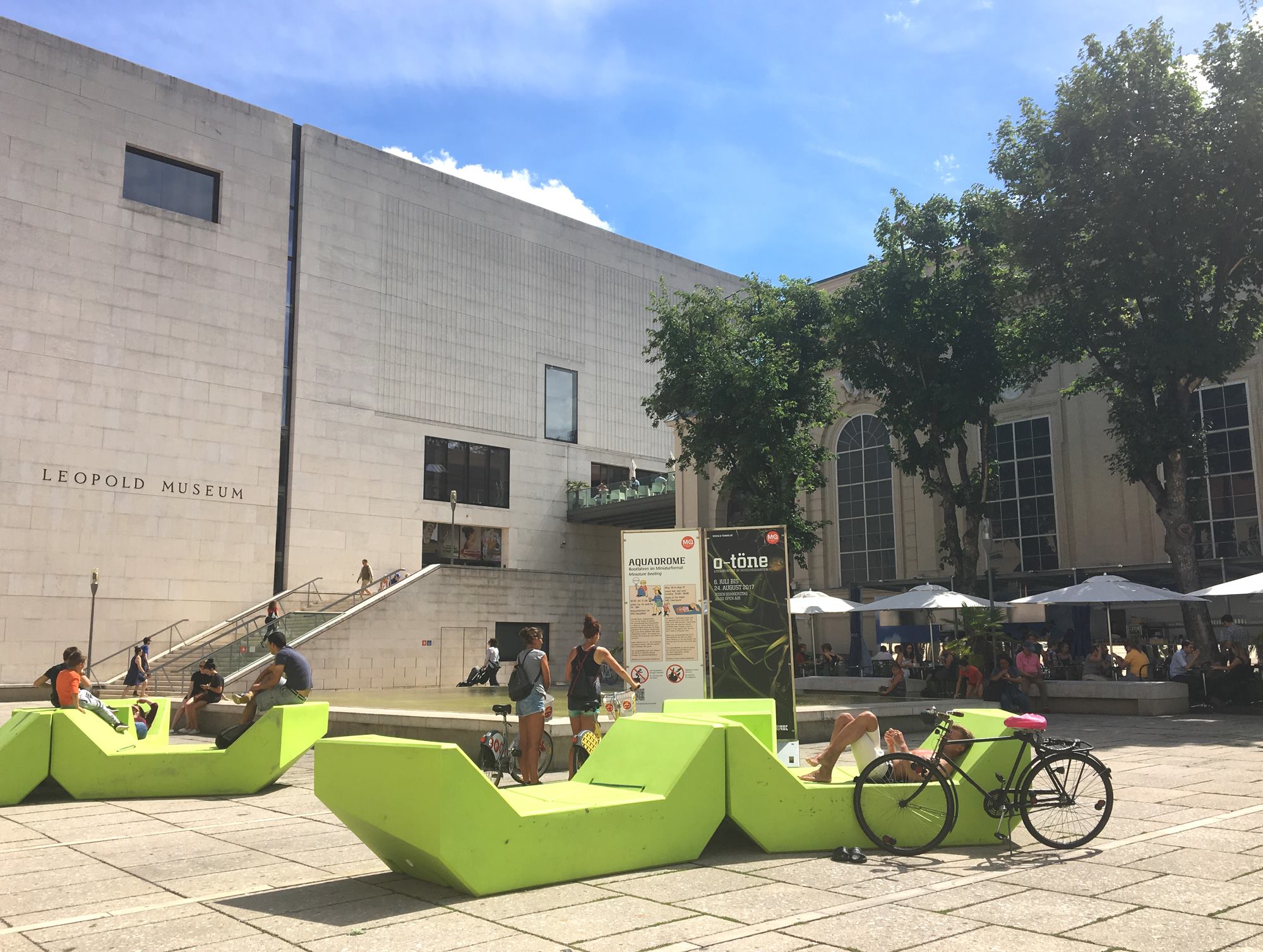 Another social gathering place where you can enjoy the taste of wine are the “Heurige”, meaning wineries. Vienna is considered to be the only city in the world to include vineyards within its borders. “Heurige” is not just a winery, but also a young wine at an affordable price. Growing vines in this area have a long tradition, and the Viennese love to spend the evenings sipping young wine and making long conversations in the rays of the setting sun. Sirbu, in the 19th district, offers not only wine and snacks but also amazing view of the Danube river from Kahlenberg Hill, making it probably the most spectacular vineyard of the city.

The trip to Vienna would not be complete without attending one of the many classical music concerts or visiting the Opera. Next to St. Stephen’s Cathedral and some other tourist spots in Vienna, we can buy tickets for one of many concerts and musical events. It is worth taking a moment to carry on a conversation with Mozart dressed up ticket sellers circling the streets of Vienna. They can offer not only tickets to the concert but they are also eager to share many magical stories about the city and its history.

Many of the stories would certainly concern Empress Sisi, Archduke Francis Joseph or Archduchess Maria Theresa, the only female on the throne of the Habsburgs. Their presence is still felt in every corner of the city.

Following the footsteps of the Habsburgs we should start with the heart of Vienna and the Hofburg Palace. Until 1918 was inhabited by the imperial families, today here the office of the President of Austria is located and also various museums and numerous art collections. In the Hofburg we can visit the Sisi Museum, Imperial Apartments and the Spanish Riding School. In the palace we can also take part in the Strauss evening concert performed by The Vienna Hofburg Orchestra. The last but perhaps the most important point on the Habsburg route may be the Schönbrunn Palace, the former summer residence of the imperial family. Away from the center of Vienna by several metro stations, the baroque building delights with its grandeur and the beauty of the surrounding gardens. Interiors, like the gardens, can be visited, it is also worth to climb the hill to Glorietta to admire the beautiful panorama of the city. In the winter in front of the palace the Christmas market is located which attracts crowds willing to taste punches and sweet snacks.

Vienna offers so much that it will not be enough time to visit its every nook, try every delicacy and see every beautiful tenement and museum. This city is full of history and imperialist charm and is a perfect blend of past and future. The best idea for the end of the day is to visit the Das Loft bar at the Sofitel hotel with its unique view of St Paul’s Cathedral and delight a typical Viennese Spritzer drink based on white wine. Because Vienna is important to enjoy every moment and life’s little pleasures. 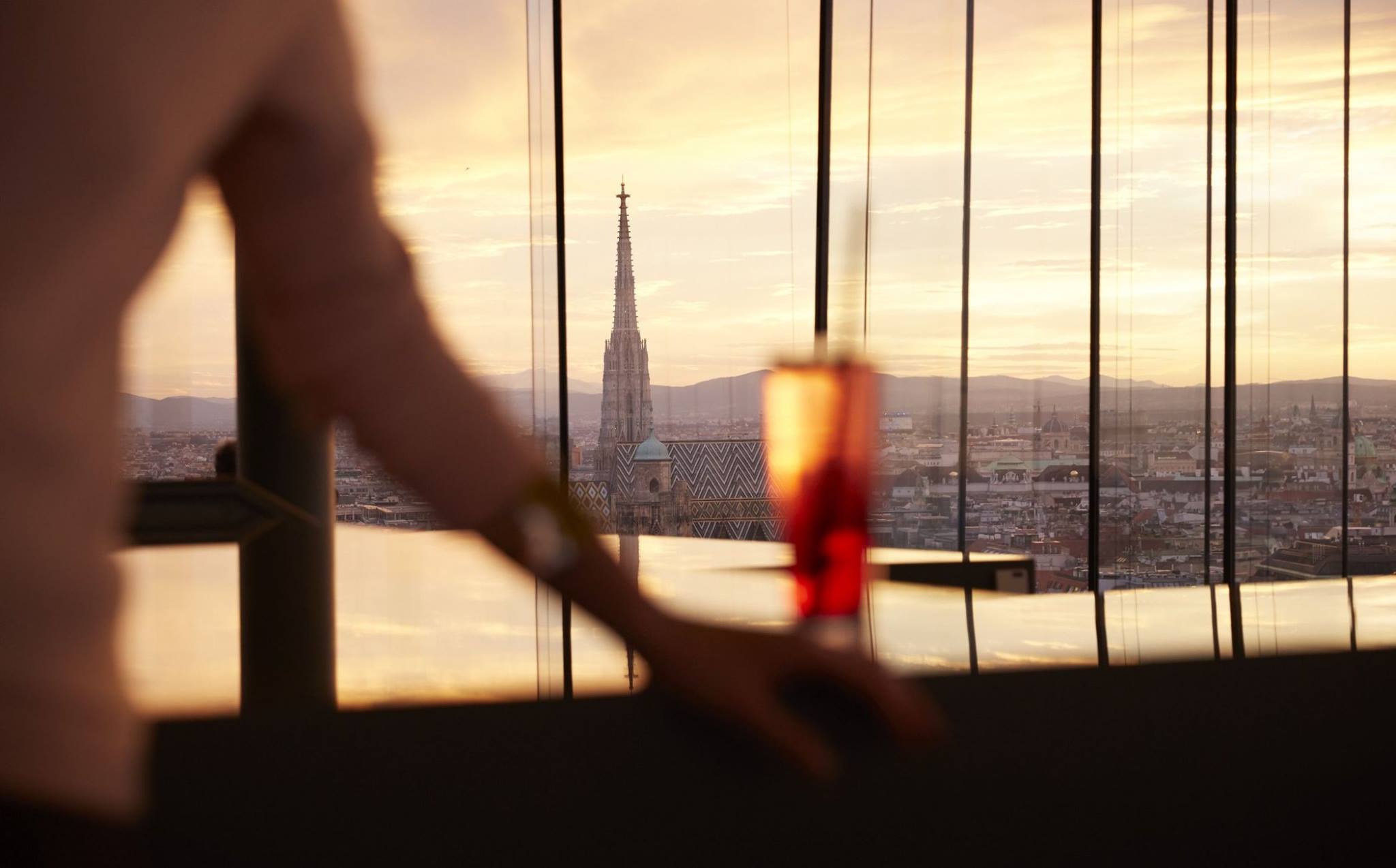 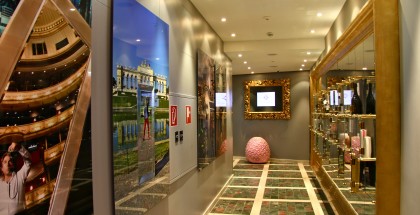